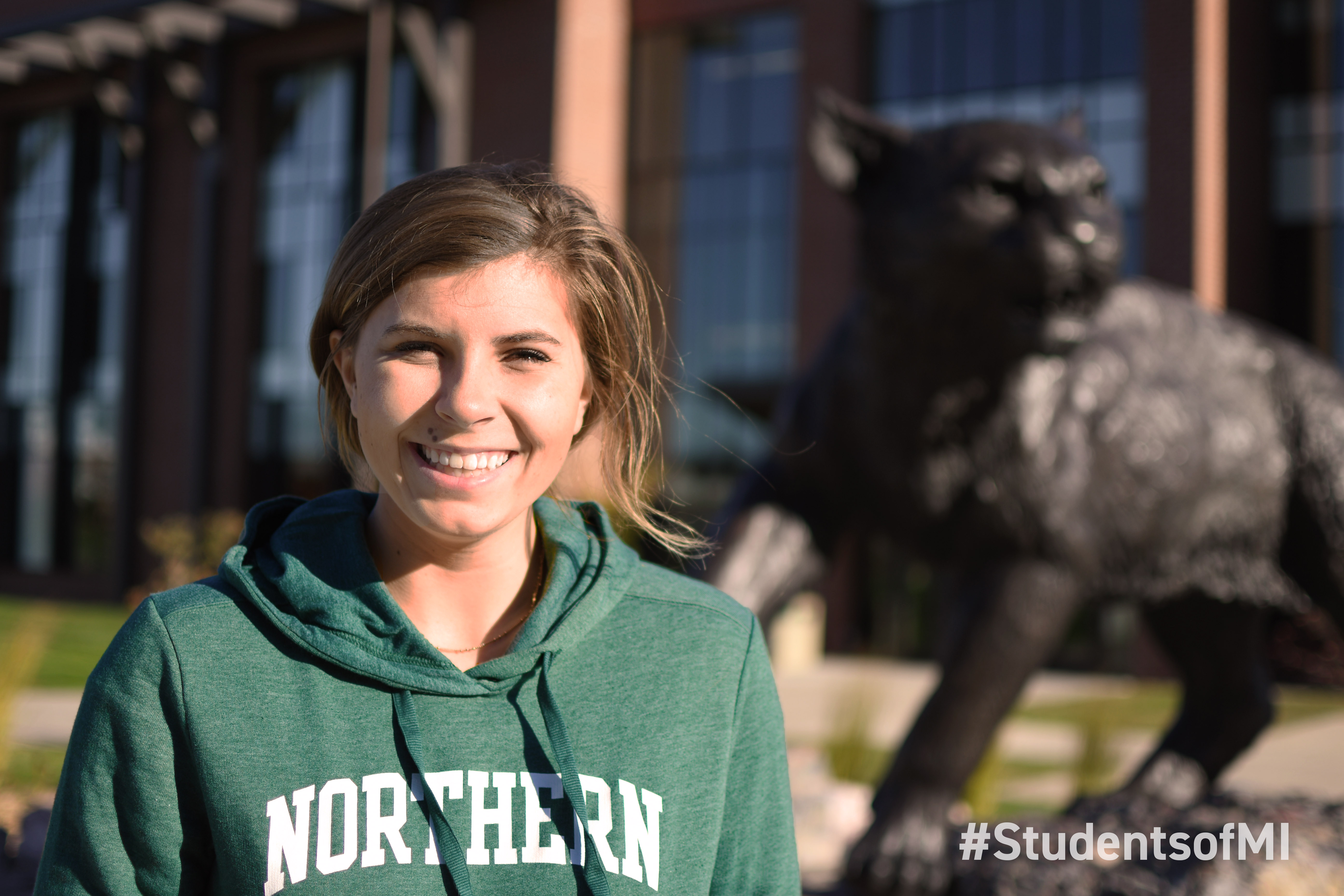 “I transferred as a second semester sophomore from a university in a different state, previously studying music and song writing. The school I was at was a private university, which makes sense that it was more expensive. The funny realization with the word “cheapness” is people assume that it’s not high quality. I have gotten high quality since I’ve come to Northern Michigan University (NMU). I’ve gotten what I’ve been looking for all along.

I’m pretty involved in music outside of Northern, which has been really great because that’s something I was a little bit scared about coming up here. I didn’t know if there was much of a music community, but if you find yourself wanting to be a part of that you can. The reason why I have pretty much all of the jobs I have in marketing is because I came in as a songwriter and started playing a songwriting series at Ore Dock Brewing company in Marquette. After doing the song writing series a couple times, I ended up being asked if I wanted to host the open mic once a month and continued building my connections. You kind of have to take the initial step of “this is what I want to do” with a little bit of courage to do it, and it’s worth it.

My major is Public Relations and I’m part of a student society on campus called PRSSA (Public Relations Students Society of America). I was the VP of the student organization last year, and this year I’m the president. I’m also an intern with the marketing and communications department at NMU where I host a podcast series for them and help on the Spotify account and a bunch of other random things. If they need me to do it, I just do it.”