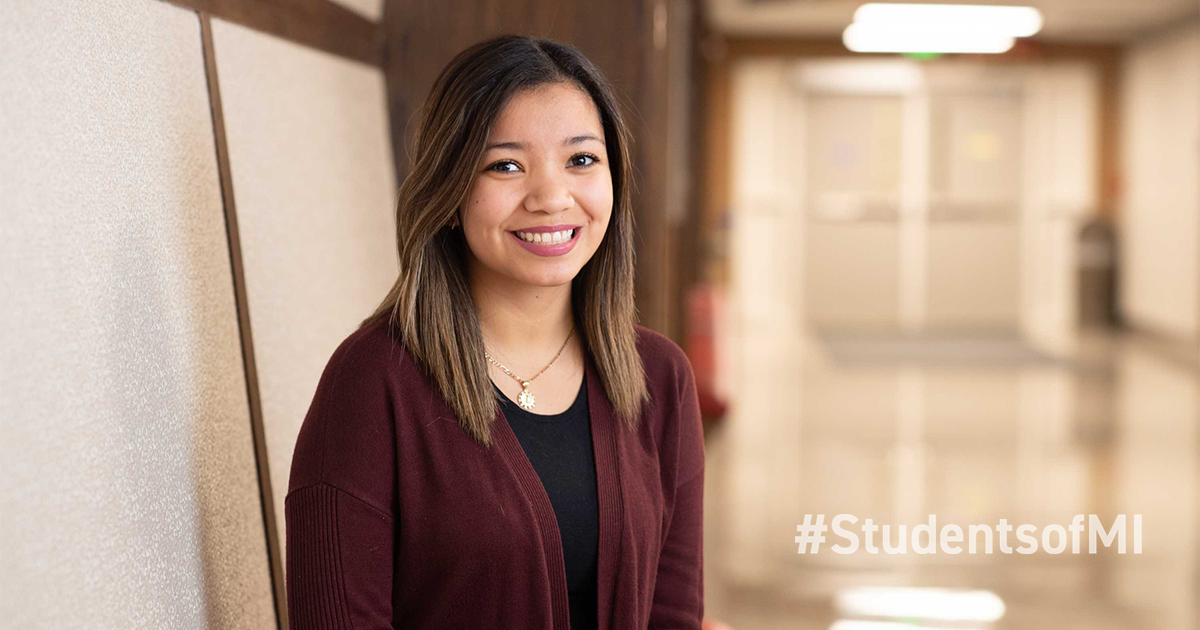 “I chose Ferris State because once I stepped foot on campus, it felt like home. It’s not too far from my hometown, Grand Rapids. I wanted a college that was far enough away that I could stay on campus but close enough that I could go home whenever I wanted to.

I chose to major in nursing because I like helping people, and I want to help people get better. I’ve been able to get a lot of hands-on learning, which I know I am going to need for the future. I want to specialize in pediatrics because I absolutely love working with children, it fills my heart with joy.

The opportunities that Ferris has created for me have allowed me to get more involved on campus and meet more people. I’ve gotten to know a lot of my professors and have great connections with them. I’ve been able to attend networking dinners, as well as the Ferris Foundation Gala. That’s a great networking opportunity to meet influential people who care about Ferris and its students.

I work on campus. I’m a student representative for the admissions office. I handle phone calls and give tours to people who want to know and see more of Ferris. Through my work, I have met lots of people who also work in the office, and these interactions have helped me become more involved in the campus community. These engagements have also helped improve my communication skills.

My sister, Tania, came here, so a lot of people knew me as ‘Tania’s little sister.’ But as I’ve engaged with more people and been involved around campus, I’ve been able to make a name for myself. At first, it was ‘Tania’s sister,’ ‘Tania’s sister.’ Now, it’s Valeria. Sometimes I feel like I need to live up to her. But, at the same time, I’m my own person and I can create my own identity.

My advice for first-year students would be to not procrastinate, keep a planner, write things down, and make the most of your opportunities.”