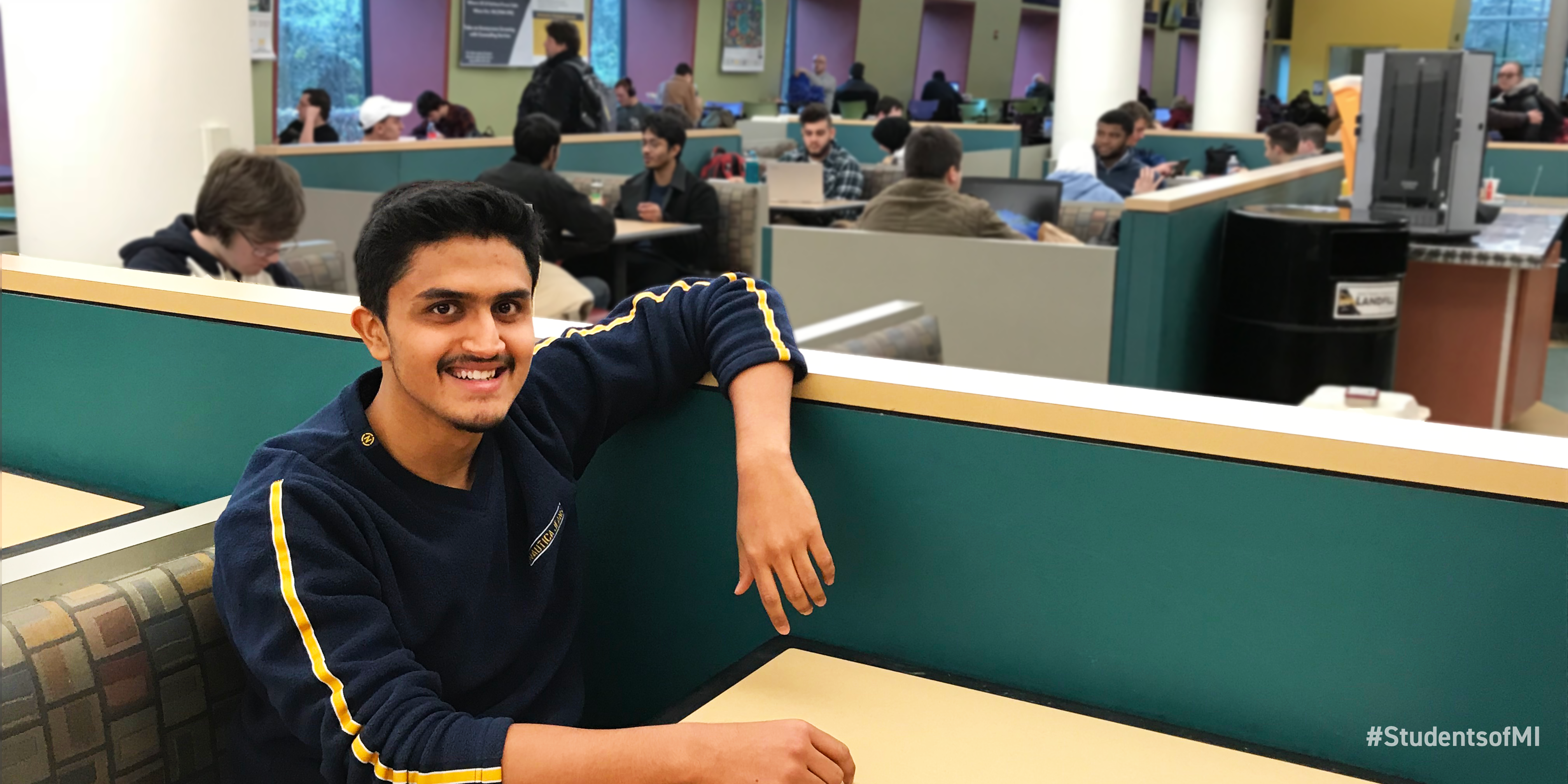 “My first year at University of Michigan-Dearborn has gone a lot better than expected. I really like the environment and atmosphere here. I’ve made friends in the library and enjoy having company while studying.

I chose to go to UM-Dearborn after applying to a competition over the summer. It was a philosophy essay competition, and I didn’t think it was a big deal, or that I would win. A few days later, they let me know I was a winner and invited me to visit Oxford.

I didn’t know if I would be able to go to Oxford, so I decided to look for funding through the University of Michigan-Dearborn. This process allowed me to meet many people and the administration who were willing to help me. The whole experience was so positive, and the university was willing to help pay for my whole trip.

I’ve really enjoyed my professors in addition to the administration while being here. Professor Benjamin Phillips is my calc two teacher at the moment, and I really enjoy his class – which is something I would never expect myself to say about calculus. The class itself is fun, and he’s a great teacher that leaves you with a legitimate understanding of how to solve a problem, where the solution was derived, and the methodology behind solving the equation.

One time when I was thinking about certain philosophy topics, a question came to me that also dealt with the nature of mathematics. I decided to ask Professor Philips a question after class that I assumed would take about ten minutes. However, I ended up talking to him for more than three hours after class because he gave me time to discuss and debate the issue. Thanks to him, I’m considering doing a dual major in math as well as philosophy.”