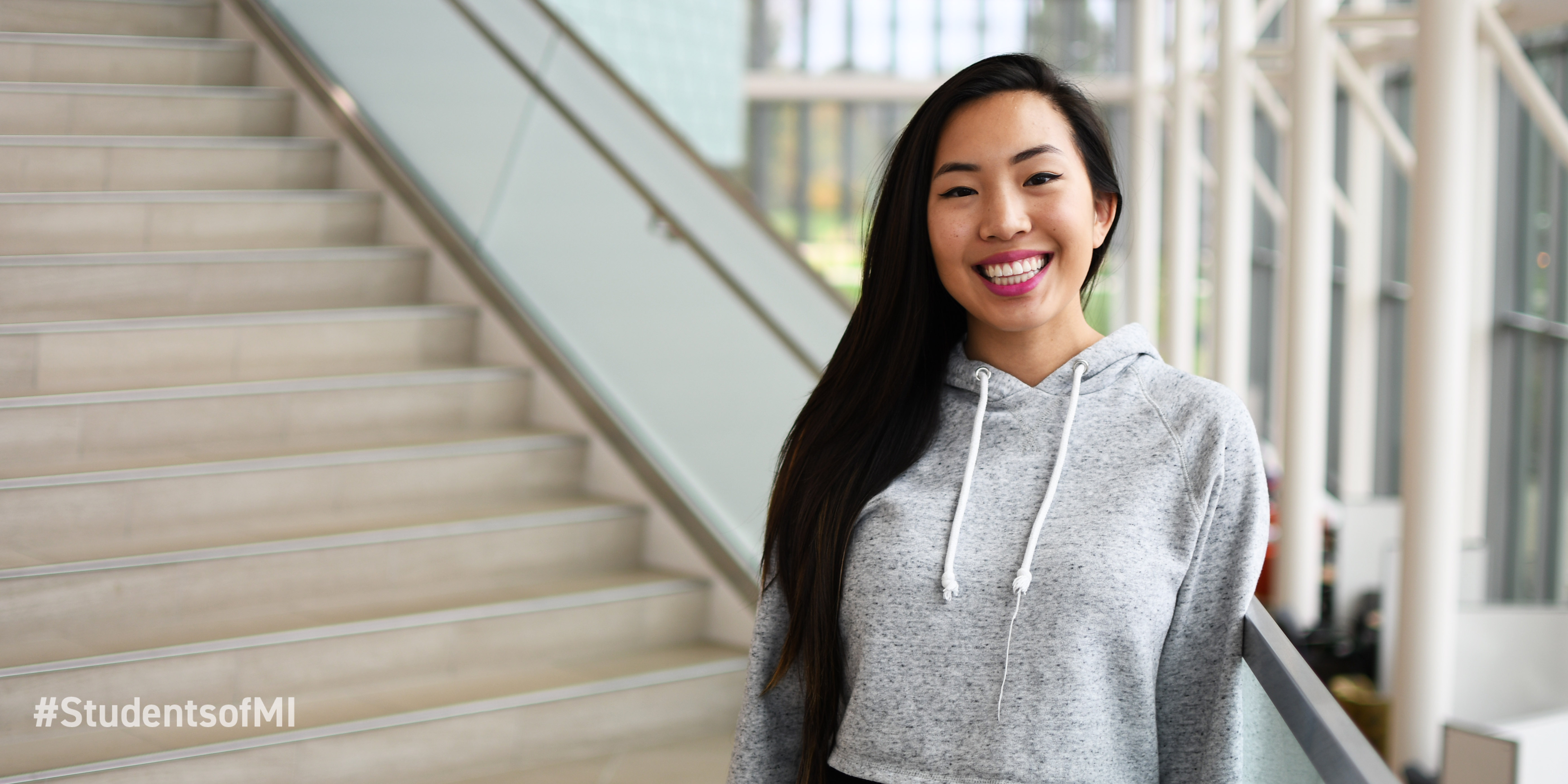 I want to be a professor and I plan to pursue a master’s degree and Ph.D. As someone coming from out of state, it was really nice to have merit scholarships that are awarded without having to go out of your way to apply. That really helped me decide to come to Grand Valley State University, because it took off the pressure immediately.

I always knew I wanted to go to college, especially because my father worked since he was young to put himself through school. Education was always important to him, so it was something that was important to me too. He was a first-generation college student and I wanted to follow in his footsteps and become a teacher to help others.

As soon as I started joining clubs and organizations at GVSU, I realized that college was a seamless transition. It’s not hard to make friends right away. Everyone was excited to hear that I came from a different state, and I couldn’t believe how friendly people were.

My biggest misperception was judging Grand Valley because it’s one of the smaller state universities in comparison to University of Michigan or Michigan State University. I realized after coming here that people go out of their way to say hi to me, and my professors remember me long after my class is over.

Joining different organizations has broadened my perspective of the world. Being part of the Asian student union, the Latino student union, or the Black Student Council is something I never had in high school. It’s amazing to understand and appreciate different cultures, and that’s important to me because it’s a big issue in our world.

From an academic standpoint, I think the professors here at Grand Valley have helped reinforce the idea in my mind that I’m doing the right thing. They have pushed me to earn a Ph.D., and that’s because they believe in me. Having people that aren’t just your family or close friends telling you that they believe in you is motivational and pushes me toward my goals.