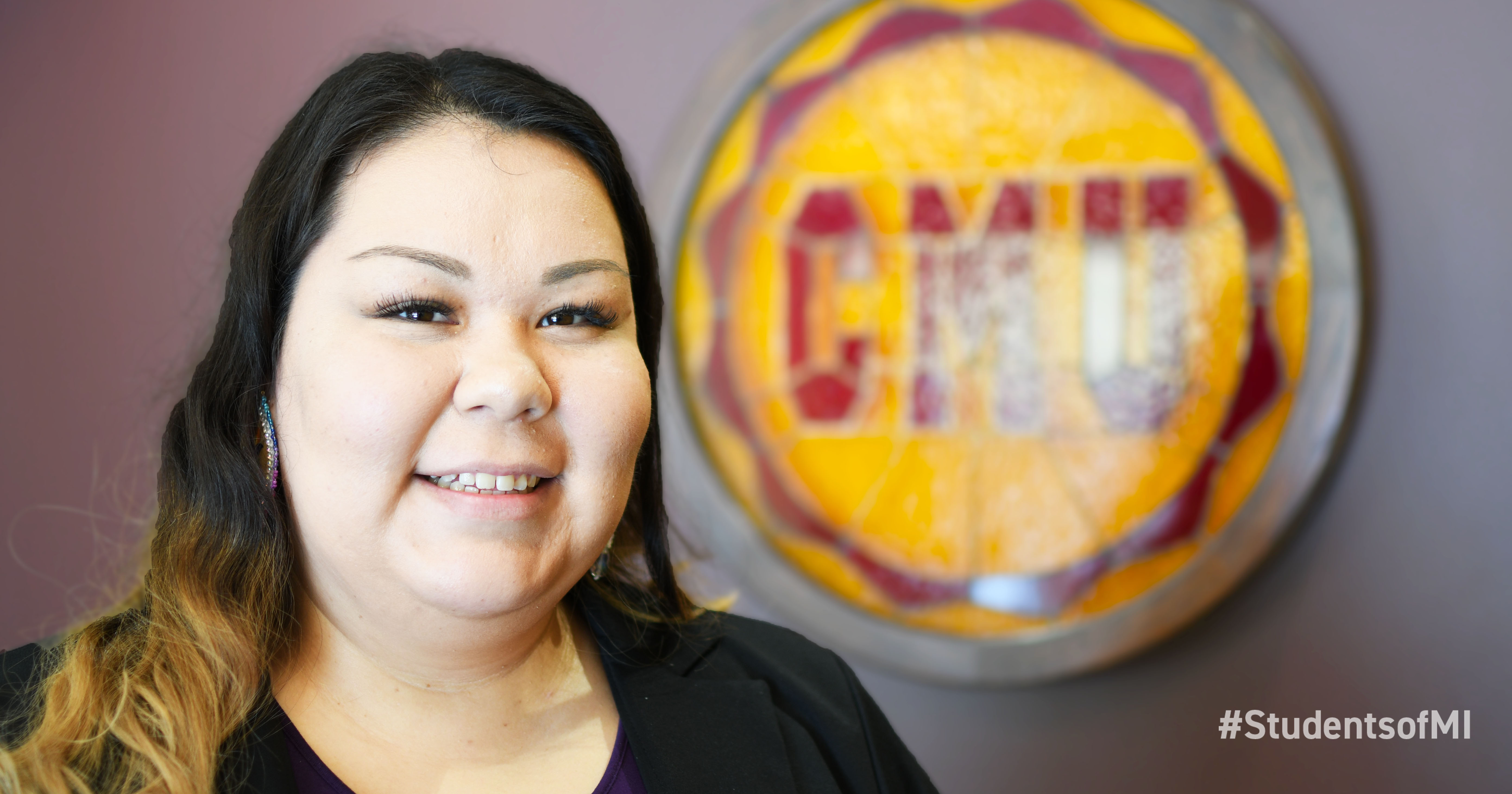 “Coming to Central Michigan University was a culture shock. I’m originally from the Upper Peninsula where I graduated from a high school class of 10 people. I wasn’t used to a big campus, and I had this newfound independence where I could do whatever I wanted. I went to class, but I struggled with asking for help. I thought I knew what I was doing because I was an adult, so it took me a while to adjust.

College was always going to be the next step for me after high school. My grandma was a judge in her younger years, and she always advocated for the importance of education for Native American people. I also knew that I wanted to better myself and get a degree because I’ve met so many people in amazing positions and wanted to be just like them.

I’m currently the president of the North American Indigenous Student Organization and a student assistant in the office of Native American programs. Between those two roles, I’ve taken on a lot of leadership responsibility and given many classroom presentations. I do about ten a semester, talking to different classes and majors about Native American culture and how it pertains to their majors.

When I came in as a freshman, I was scared and didn’t like speaking in front of people. My job pushed me into a lot of positions that involved public speaking and it has really helped me become a more confident presenter, a better person and a better professional.

Working with younger students has made me even happier to be at CMU. This is my fifth year here, and each year I help with summer camps. I’ve even had a younger student at the camp become a freshman at CMU. It’s so amazing to see her here, and she’s my inspiration to stay involved in my current leadership roles. I am one of the few people that look like her here, due to the low representation of Native American people in academia in general. That’s really been my push to be a better student and a better person.”