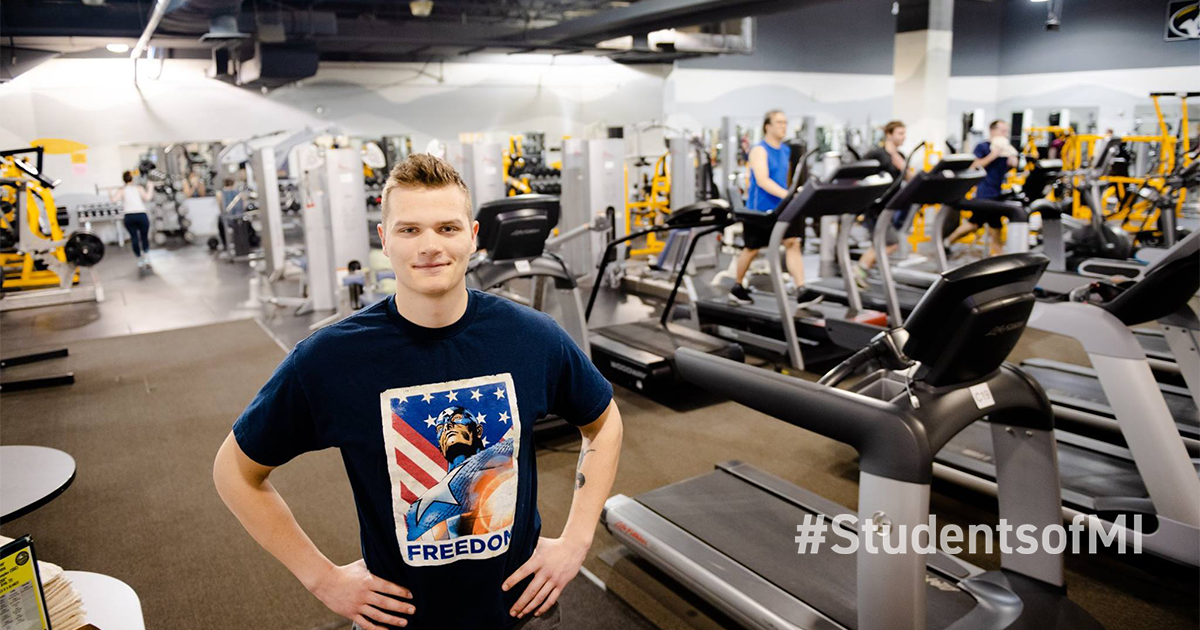 “I chose Michigan Tech because it is close to home—I’m from Ishpeming—and the Air Force ROTC program offered something other schools didn’t. I like being close to my mom and five sisters. I came in knowing I wanted to do Air Force ROTC because I have a lot of service members in my family and I want to do something I care about. Right now I’m kind of in the dark about where I’ll go after I graduate and commission into the Air Force. It’s exciting I guess. It’s hard to say if I’ll be career (military); career is typically 20 (years), but I’m 22, so I can’t really fathom that right now. I have a four-year commitment and I’ll see what happens after that.

I run a Physical Training (PT) program five days a week to prep other cadets for Phase I and Phase II exercises (Air Force programs). Exercises, like a Phase I, prepare airmen for battlefield positions. It takes a much more capable individual to be qualified for those positions. I like training people. I like pushing people and helping them become the best versions of themselves; a lot of times, people won’t push themselves until they get a little exposure to training at that level and then they’ll just fall in love with it. Most people don’t enjoy being at that level of discomfort but some do. I like getting people to that point, and you know once they hit that point because I don’t have to check in with them and make sure they’re coming to PT in the morning because they’ll be there five minutes early; that’s my favorite thing to see—somebody that’s killing it all the way. I picked exercise science (as my major) because I was an athlete in high school and I always enjoyed physical fitness. Exercise science is really useful. I’m able to help out a ton of my friends, the cadets come to me for health programming, and I’ve made a bunch of programs for them to help them prep for different PT tests and that sort of thing.”