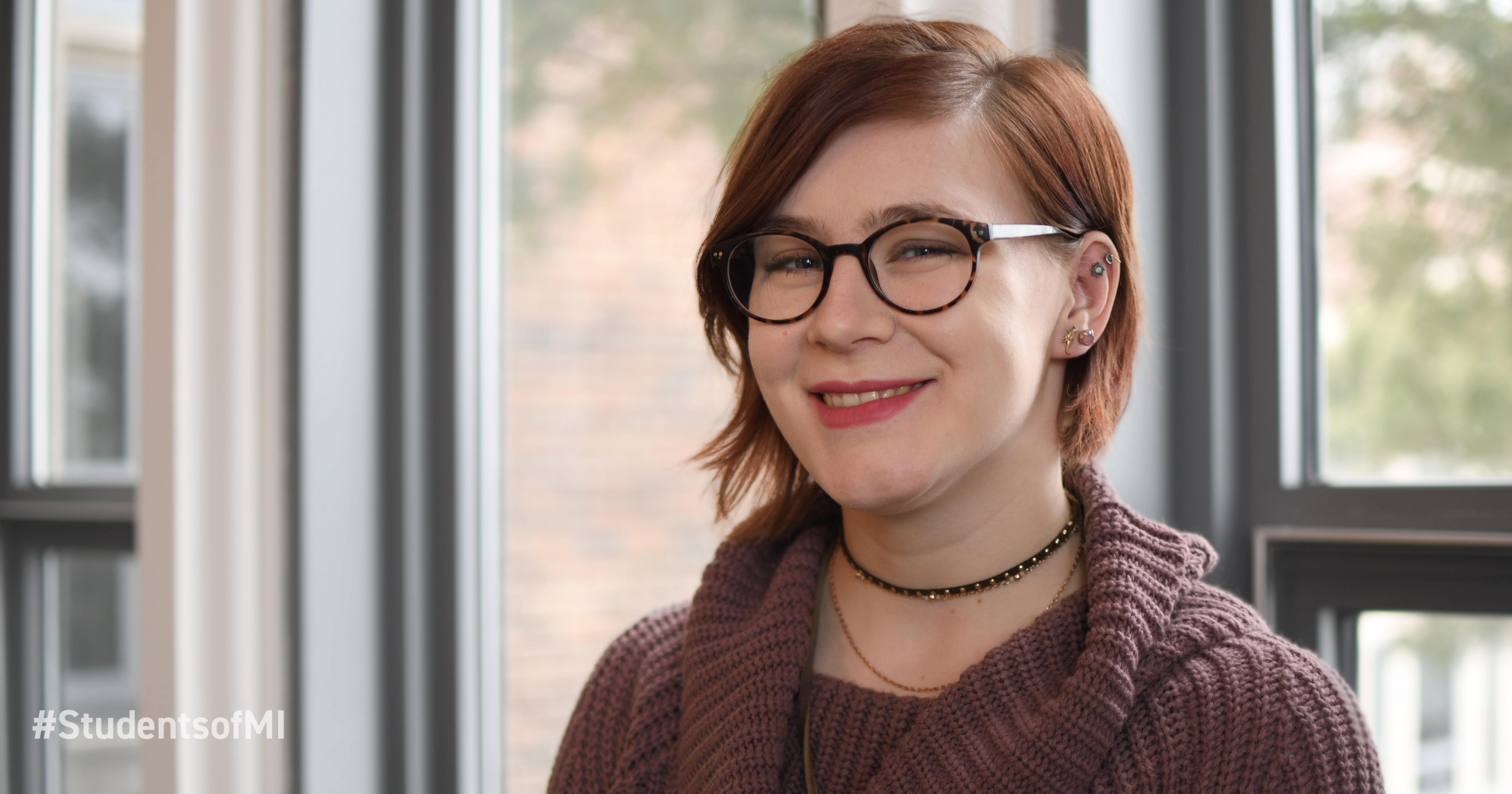 “I chose Michigan State University because of the wide range of opportunities here. During my senior year of high school, I discovered my passion was politics and that’s when I realized I needed a degree. Originally, I was trying to go to a small private school—make it in and out and then get right into what I wanted to do. But then I came to Michigan State for a scholarship competition and fell in love with the Social Science Scholars program. When I saw how much I could actually do at a school like MSU, I decided to make MSU my home.

Financial aid was huge for me. The first time scholarships really played a role in my education was the summer after my sophomore year. I wanted to study abroad, but I thought there was no way I could afford it. Even though it was a big part of a program I was in, I thought, “There’s no way.” I never thought I would leave the country until after graduation, but I applied for scholarships and ended up getting a lot of aid.

That was very empowering and allowed me to take part in a study abroad in Britain. For a lot of people, traveling overseas is no big deal, but it’s huge where I grew up. My parents have never left the country. For me to study abroad at age 20 was amazing, and financial aid helped me do that.

I spent last semester in Washington, D.C., doing an internship, and again the cost was high. I applied for many scholarships, knowing that it was possible from my previous experience, and I ended up getting almost my entire senior year paid for with scholarships. I went into college thinking I was going to leave with so much debt and that wasn’t the case. Scholarships not only helped me graduate with less debt — I also have had so many awesome experiences here.

Before coming to MSU, I didn’t have a lot of life experience beyond my small town, and I wasn’t used to interacting with people different than me. But I’ve been pushed outside my comfort zone by so many of these internship and study abroad programs. I’ve grown as a person because of that, both professionally and personally. Whatever comes next, I’ll have a lot of experience, because I grew up in a small, blue collar town, and now I have the experience of working in a big city, working in a recovering city like Flint, and visiting another country to go on top of how I grew up.”