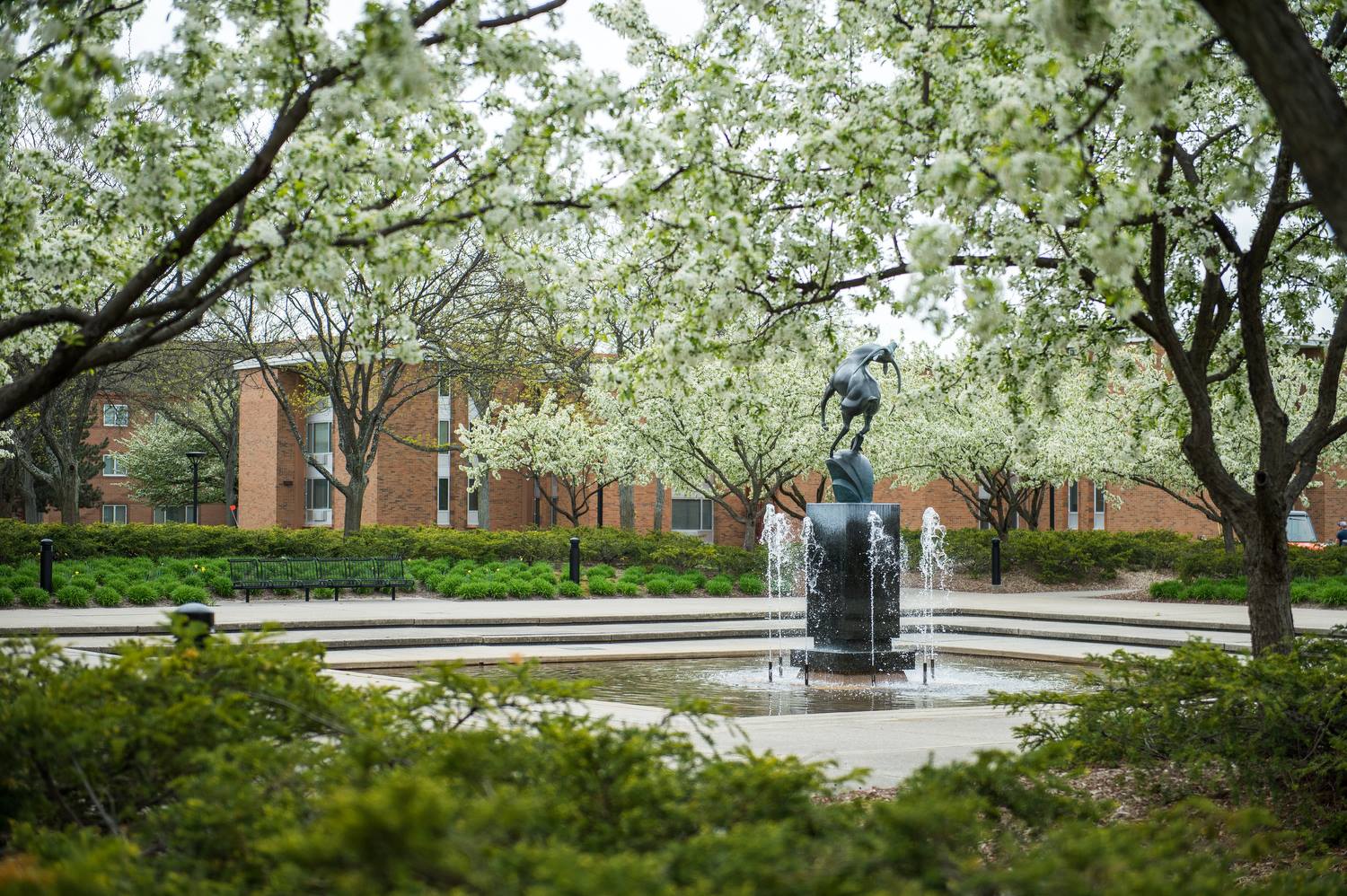 Since 1963, SVSU has worked hard to fulfill its mission to transform lives through educational excellence. Saginaw Valley State University’s values of academic exploration and achievement, along with diversity and inclusivity has grown its reputation as a sought-after institution of higher learning. SVSU offers more than 100 undergraduate and graduate degree programs, including several that have earned national honors. To top it all off, SVSU student housing is ranked No. 1 in the nation among public universities.

Alina, Elementary Special Education
“Saginaw Valley State University had exactly what I needed in a college. I originally wanted to move away from Michigan for college and go down south for the warmer weather. But when I went on a tour of SVSU, I fell in love with the people and the size of the school.”

Emily, Biochemistry, Pre-med
“I really like the small town feel of Saginaw Valley State University. I have small class sizes and the opportunity to speak with professors whenever I need to. The sense of independence was overwhelming at first, but I met my best friends living on campus here at SVSU, and I definitely recommend it.”

Indigo, Music & Communications
“My mom went to Saginaw Valley State University, and I visited frequently, growing up. But I wasn’t always sure if I wanted to attend SVSU, especially with my parents’ home just ten minutes away. As soon as I went on an official college visit, I realized this campus is welcoming and people really wanted me to succeed here. That’s such a nice support system when you end up in pits of doubt and wonder if you’re in the right major.”

Lindsay, Mechanical Engineering
“The professors at Saginaw Valley State have helped me in a huge way academically. Because SVSU is a smaller college, you can build one-on-one connections with the professors and that can help you go a long way in the future. There are students who have been graduated for 10 years or more who still keep in touch with their professors.”

Sean, Accounting
“Once I got to Saginaw Valley State, I was really surprised by how friendly people were. Everyone waves, opens doors for you and there are friendly people everywhere. I was also surprised by the dorms. They were better than my room at home!Coming to SVSU helped me become more confident in everything I do, and now it seems easy to talk to my professors anytime. They’ve written references for me, assisted in scholarship applications, and I feel like I always have their support in what I’m doing.”

Pedro, Marketing
“Saginaw Valley State University was the first place I felt connected and a sense of community for myself. Initially, I was unsure about college because I’m a first-generation student. Everything was new to me and my family, and we were very confused. But when I was able to tour SVSU’s campus – I knew it was the place for me. At SVSU, there are so many people willing to empower each other and build a community with one another.”